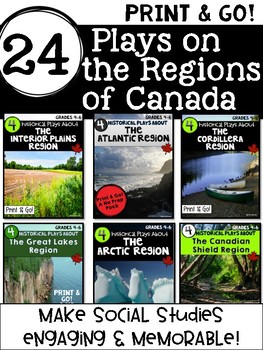 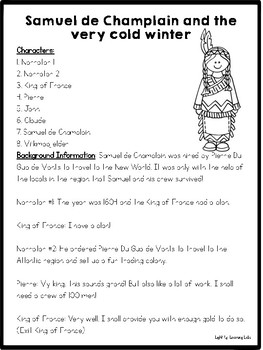 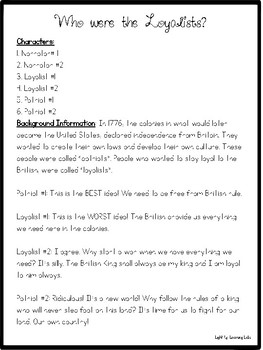 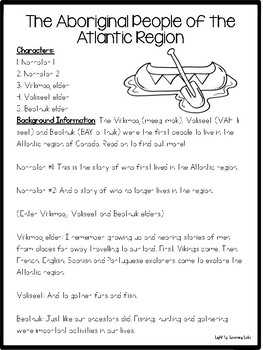 Light Up Learning Labs
1.2k Followers
Follow
Compatible with Easel Activities
Create an interactive version of this PDF students can complete on any device. Easel is free to use! Learn more.
DescriptionReviews33Q&A

This bundle contains 24 plays. 4 plays for each each of the 6 regions in Canada. I love incorporating theatre into Social Studies. It keeps the students engaged, the content fresh and makes learning memorable. Plays are 3-5 pages in length and are easy to implement! I've listed topics covered in each regional play pack below:

Great Lakes Region: the creation of New France, the role of the voyageur, explaining filles du roi, life of a French setter, Loyalists, Joseph Brant/Josiah Henson/Jermain Loguen, discussion of the Great Migration and so much more!

Cordillera Region: the Haida and Dene life in the Cordillera region, potlatches and their role in the community, introduction to Simon Fraser/David Thompson/James Cook/ Alexander Mackenzie, references to accomplishments of early explorers in the Cordillera region, introduction to the Canadian Pacific Railway, discussion of hardships faced by Chinese immigrants, head tax, discussion of how early Sikh immigrants were treated and reviews the Komagata Maru incident.

Arctic region: introduction to tribes in the Arctic, why Inuit is the prefered term over Eskimo, invention of sun goggles, discussion of Arctic animals, introduction of Martin Frobisher and Alexander Mackenzie, reviewing the impact that Europeans had on Inuit people, discussion of major natural resources in the region, review of climate change, as well as accurate examples of how climate change is impacting the Arctic region

Regional play packs are also available for individual purchase in my store (each play pack is $4.25), however you get two play packs for free if you buy this bundle instead!