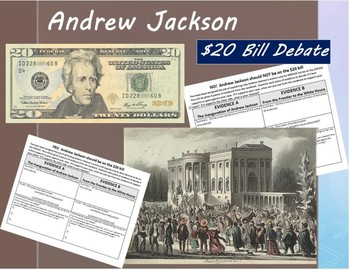 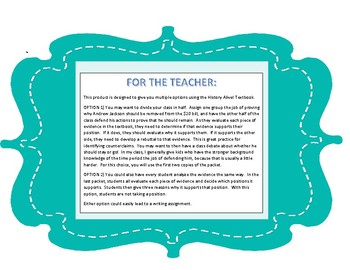 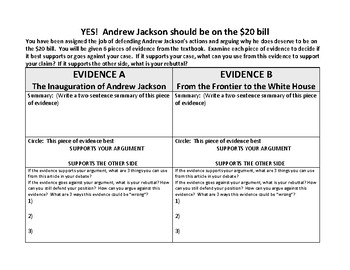 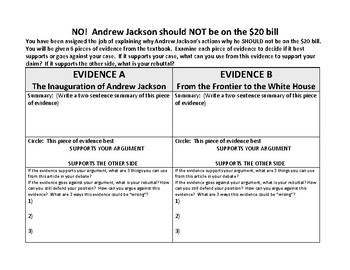 Andrew Jackson, one of the most controversial presidents in American history, has been on the $20 bill since 1928. In this activity, students work as investigators analyzing evidence to determine if he should remain on the $20 or if he should be removed.

Students analyze 6 pieces of evidence from the History Alive textbook. As they examine each piece of evidence, they must determine if it supports their case or the other argument. If it supports the other side, they must develop a rebuttal to that evidence. This activity is great practice at developing a thesis, supporting that thesis with evidence, and identifying and addressing the counterclaims.

If you do not have access to the History Alive textbook, you may be interested in the Webquest version of this activity: