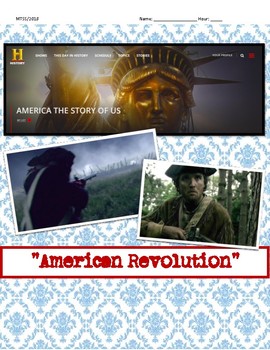 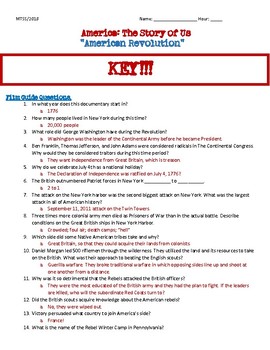 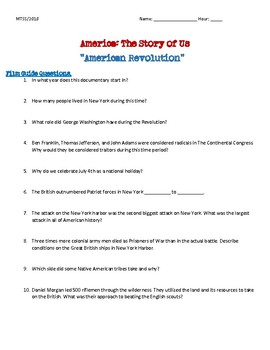 Merry Teachings of Social Studies
115 Followers
Follow
Compatible with Easel Activities
Create an interactive version of this PDF students can complete on any device. Easel is free to use! Learn more.

From History.com "July 9, 1776. The Declaration of Independence is read to crowds in New York. America’s 13 colonies have taken on the might of the world’s leading superpower, and by 1783, America is free.  As the British leave, a new nation, the United States of America, is born....The Revolutionary War waged by the American colonies against Britain influenced political ideas and revolutions around the globe, as a small fledgling nation won its freedom from the greatest military force of its time."

This film guide 25 questions with the answer key included. There are not only historical questions and questions to monitor understanding of the documentary, but also broader, critical thinking questions. This can also be used as a take home video guide handout.