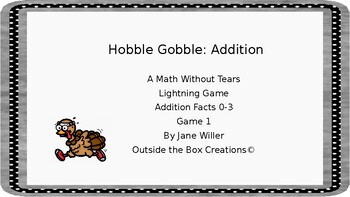 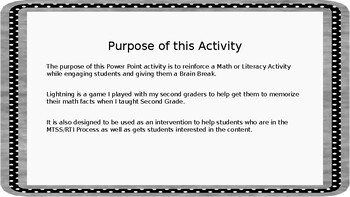 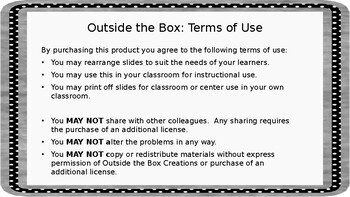 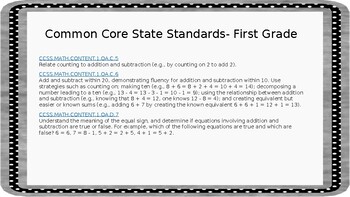 Do your students need a brain break while review break while studying their basic addition facts?

This is a new and exciting lightning team-based game in which students compete against each other while answering their basic addition facts. This time its facts 0-3 going at it.

The goal is to get better at Addition!!!

A special thanks to my Elementary Teacher Colleagues (You know who you are for suggesting that I share my lightning game with others!)