How Much Money is in the Piggy Bank 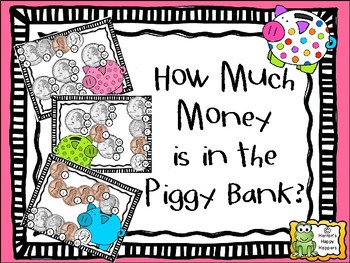 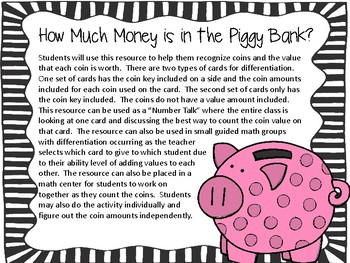 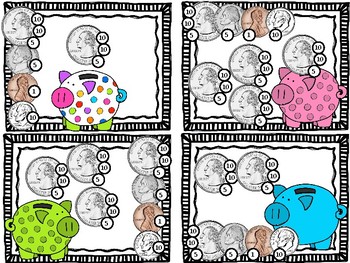 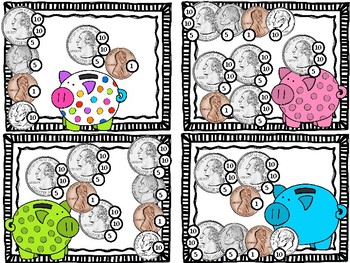 This resource can be used as a “Number Talk” where the entire class is looking at one card and discussing the best way to count the coin value on that card. The resource can also be used in small guided math groups with differentiation occurring as the teacher selects which card to give to which student due to their ability level of adding values to each other. The resource can also be placed in a math center for students to work on together as they count the coins. Students may also do the activity individually and figure out the coin amounts independently.