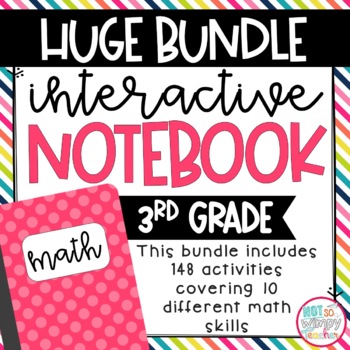 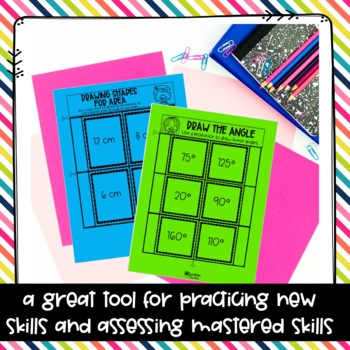 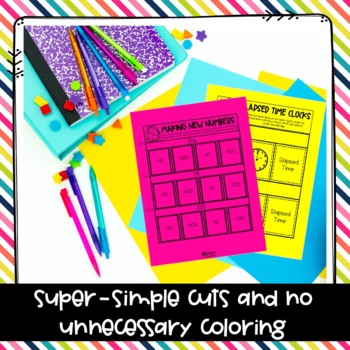 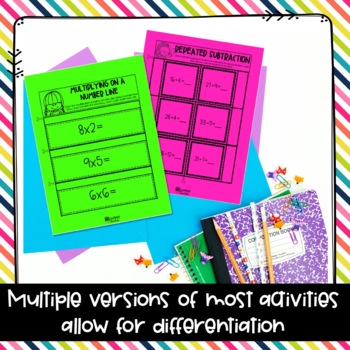 These interactive notebooks are terrific!  They are thorough, allow for differentiation, and keep the kids learning and engaged.” - Helane L.

Interactive Notebooks are a FUN way to teach and practice math! Why? They differ from traditional note taking, where students focus on copying notes from the teacher more than understanding the material they’re writing down. Interactive Notebooks instead allow students to interact with (hey-o!) and think about the material. They’ve honestly transformed the way I teach because I can easily assess my students’ mastery of a topic.

Because Interactive Notebooks involve inserting and moving around flaps, foldables, wheels, charts, etc., my students call them “scrapbooks”! They love all of the different visuals.

IMPORTANT NOTE: I designed these for busy teachers like you. So the cuts are super-simple, and there’s no unnecessary coloring. Your kids can quickly cut, glue, and go!

This huge bundle includes 10 of my Math Interactive Notebook files that include oodles of activities with directions, and pictures of completed pages! I also added my “Tools for Interactive Notebooks” resource which tells you EXACTLY how to prep, use, and assess them in your classroom. See the list below to learn which math skills are included for your students to learn.

Purchased individually, all 10 notebooks would cost you $48! So this bundle is an amazing deal.

You can use these Interactive Notebooks in a variety of ways, but here are some suggestions to inspire you.

Total Pages
654 pages
Answer Key
Included
Teaching Duration
1 Year
Report this Resource to TpT
Reported resources will be reviewed by our team. Report this resource to let us know if this resource violates TpT’s content guidelines.

Not So Wimpy Teacher