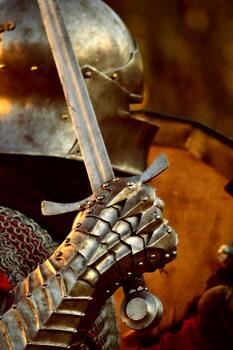 When kings of two rival countries both think they have a claim to the same throne it usually won't end well. What started as a family drama turns into one of the most epic conflicts of the Middle Ages and your students will be right in the thick of it. There are individualized roles for the Kings of England, France, and Joan of Arc, and the rest of the class will take the role of the French and English armies as they set to square off. The teacher acts as moderator and narrator, but it's a student driven, interactive simulation that lets students act out an overview of the entire Hundred Years War.