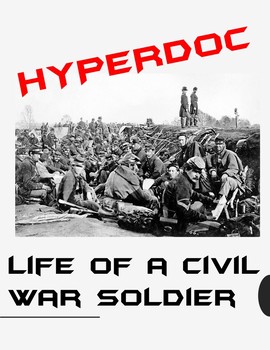 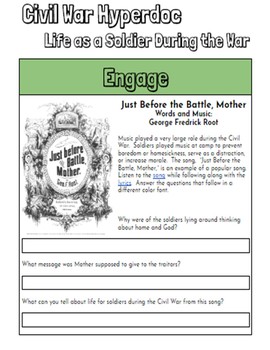 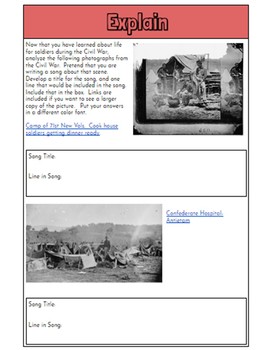 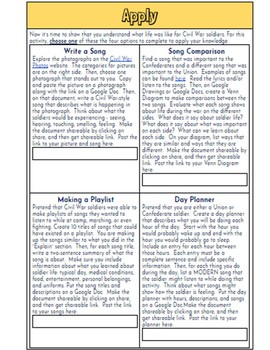 Harper's History
179 Followers
Follow
Compatible with Digital Devices
The Teacher-Author has indicated that this resource can be used for device-based learning.
DescriptionReviews6Q&A

In this interactive digital lesson, students explore life for soldiers during the Civil War by analyzing a variety of primary sources including songs and photographs. They learn about soldiers' typical days, medical conditions, food, entertainment, personal belongings and uniforms.

Students will have the opportunity to engage, explore, explain, apply, share, reflect, and extend their understanding as 21st century learners. They will listen to Civil War songs, explore a variety of digital resources, analyze primary sources using their new knowledge, and apply that learning by choosing between one of four final activities.