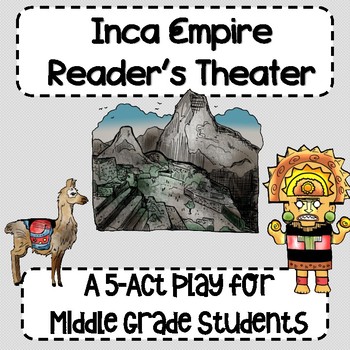 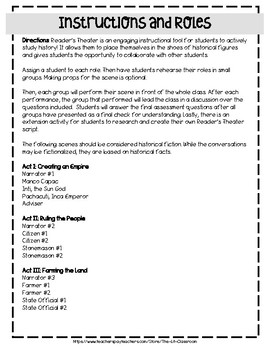 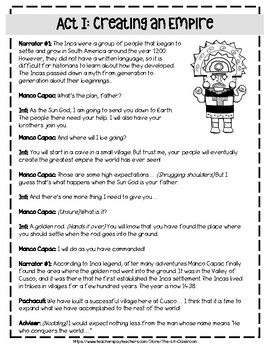 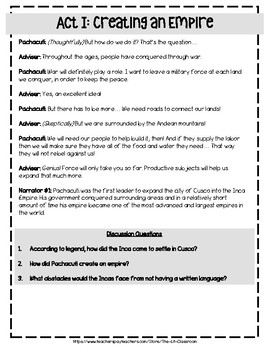 This resource is a 5-Act, 25-role reader's theater script for the Inca Empire! Reader's Theater is an engaging instructional strategy for middle grade students that allows them to act out various historical scenes. The acts are as follows:

Act I: Creating an Empire (Pachacuti)

Each act includes discussion questions. There is a quiz for students at the conclusion of the play, as well as an extension activity in which students will create their own script for modern-day Peru!

Answer key is provided for the quiz.

This resource is part of the following bundle:

Other great reader's theaters include:

Total Pages
20 pages
Answer Key
Included
Teaching Duration
2 days
Report this Resource to TpT
Reported resources will be reviewed by our team. Report this resource to let us know if this resource violates TpT’s content guidelines.