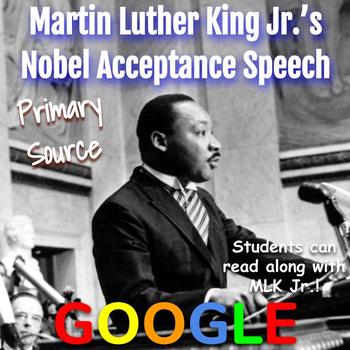 This product is a Google form that contains the entire Martin Luther King Jr.'s Nobel acceptance speech. A video of the entire speech (12 min) has been inserted into the form so students can read along with Dr. King as he gives the speech.

This product is editable and the answer options have been shuffled.