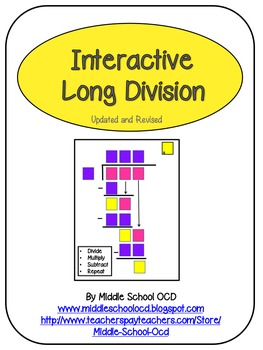 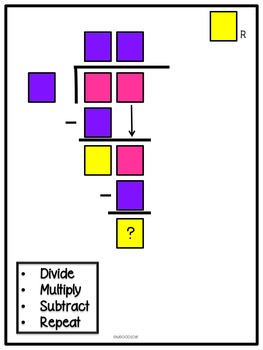 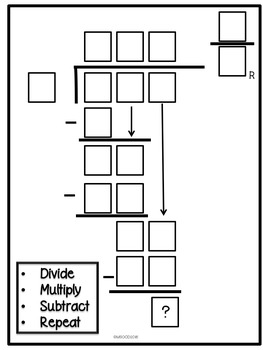 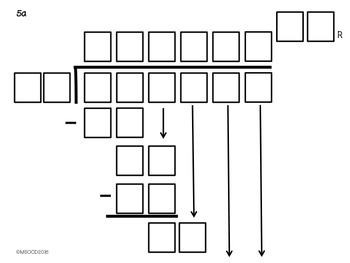 The idea for this Interactive Long Division packet came to me as I was struggling to explain to my Intervention students where “that number” came from. That morning, I pulled out the Post It notes and painstakingly wrote out the numbers and laid it out for them on the white board. They loved it, and a few light bulbs went on. Later that month, I shared it on my blog, Middle School OCD. It became my most popular post and Pinned all over.

As I continued to work with my class and my afterschool tutoring group, I tried to make it easier on me, less expensive than using mass quantities of Post It notes, and faster to set up. Also, I wanted something that the kids could do themselves, something similar to algebra tiles. So, Interactive Long Division was created. With a little initial investment of time, printing, and cutting, you can have a tool that will last for years – much less expensive than endless Post It notes (which I adore and still use in mass quantities for other things).