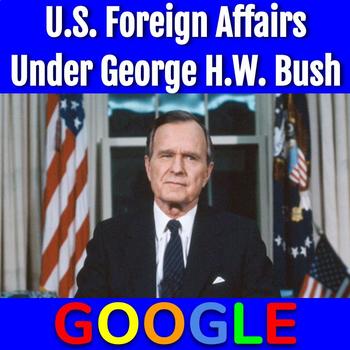 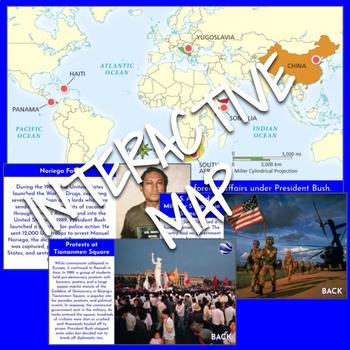 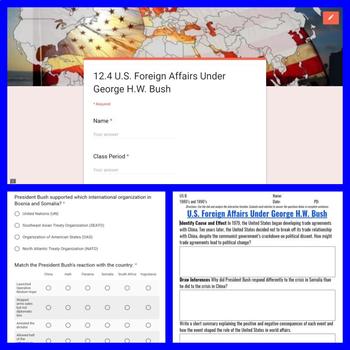 The product is a Google form and doc linked to an interactive map on the United States foreign affairs under President George H.W. Bush.

By the end of the Cold War, the United States took on a new role in the world. As President, George H.W. Bush launched several humanitarian, peacekeeping, and military actions. But he sometimes proceeded cautiously to avoid involving the United States in another Vietnam-like conflict.

Students will learn about:

Students will complete the 2 reading comprehension questions and 2 grids on the form. Then students will identify cause and effect, draw inferences, and summarize on the doc.

This product is editable and the answer options have been shuffled