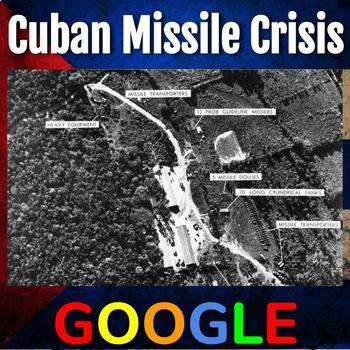 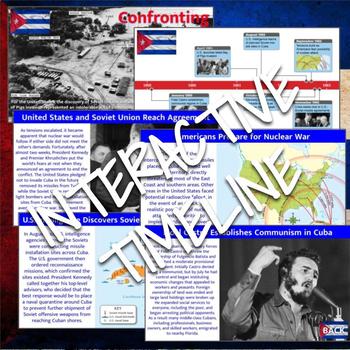 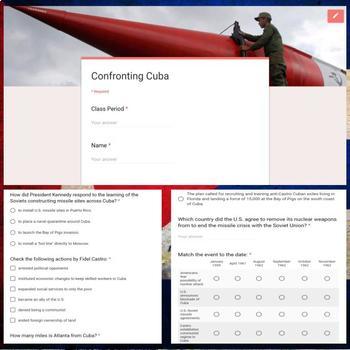 The product is a Google form and doc linked to an interactive timeline on the Cuban Missile Crisis.

For the United States, the discovery of Soviet missile installations in Cuba following the failed Bay of Pigs invasion represented an intolerable act of communist aggression. The fact that the missiles were meant to reach U.S. cities was provocative, making nuclear war and the annihilation of both countries a realistic possibility.

Students will complete the 6 reading comprehension questions and one grid on the form. Then students will answer the 3 short answer questions on the doc. Students will predict consequences, identify cause and effect, and draw inferences.

Students will learn about:

This product is editable and the answer options have been shuffled.