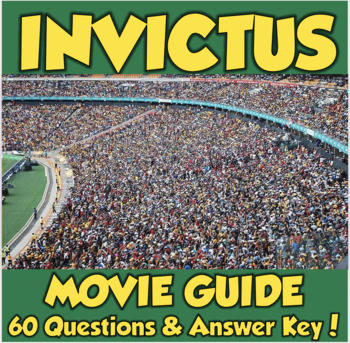 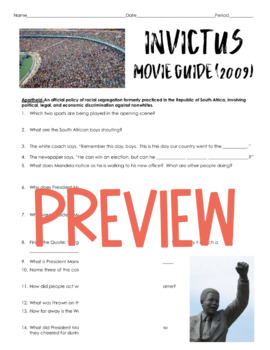 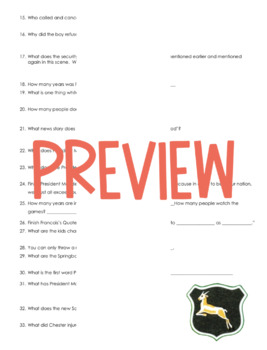 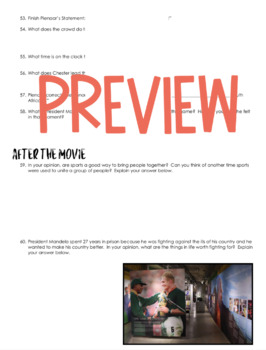 Invictus, is the 2009 film based off of John Carlin's book, Playing the Enemy. The film follows the efforts of a newly elected Nelson Mandela as he tries to unite his country after years of apartheid. His efforts center around rugby and the 1995 World Cup game. The Springboks had been a symbol of apartheid but he was able to use this sport to unite white and black South Africans to make it his country's game. The film is directed by Clint Eastwood and stars Morgan Freeman, Matt Damon, Tony Kgoroge, Patrick Mofokeng, Adjoa Andoh, and Scott Eastwood.

This film would be a great addition to an African Studies course, history of South Africa, a Sports & History course, or an End of Year film. This could even be used for last minute sub plans.

There are 60 questions to make sure students follow along with the film and an answer key has been provided for your convenience. The film's runtime is 134 minutes and rated PG-13 for brief strong language.