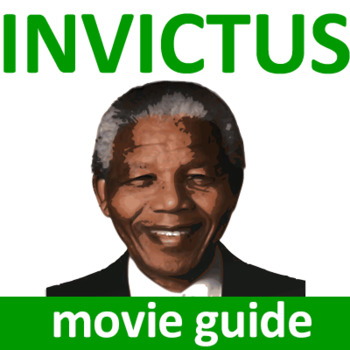 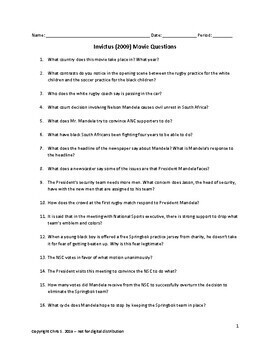 Invictus movie questions (released 2009) help keep students engaged throughout the film by providing 29 questions for them to answer to keep them on track. The Invictus movie guide comes with a key that has suggested answers provided at the end.

The Invictus Worksheet follows along as Nelson Mandela faces the task of unifying a country divided by race. With only months since the end of Apartheid, divisions still exist between the country's whites and blacks, something Mandela notices during an international rugby match.