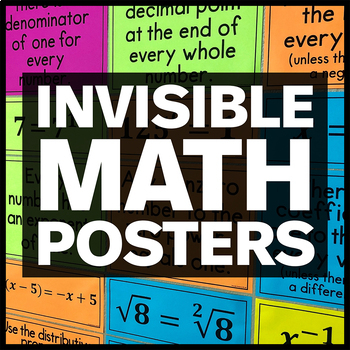 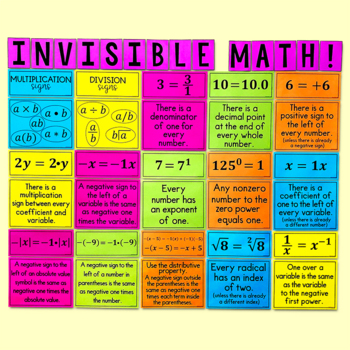 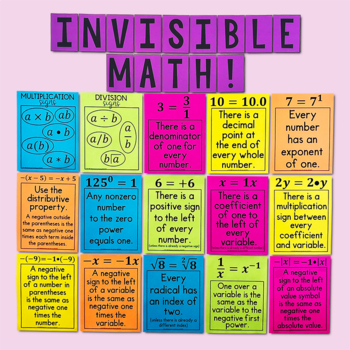 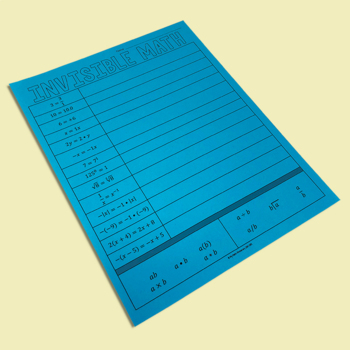 Invisible Math is hanging in THOUSANDS of classrooms across the world. Why? Because it will really help your students!

Are your students constantly forgetting those invisible 1's in math?

The posters make a great bulletin board, and this resource includes title tiles for your display.

Try giving a invisible math handout to your students instead to save some time. It can easily be added to an interactive notebook, or binder.

Use the distributive property. A negative outside the parentheses is the same as negative one times each term inside parentheses. (New 2019)

Check out some of my other AWESOME Math Classroom Decor: