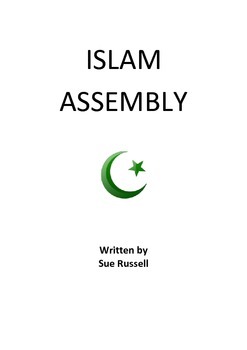 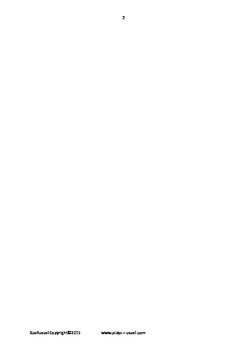 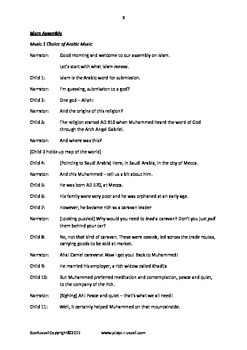 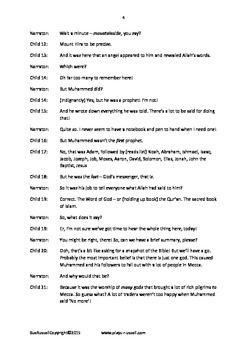 (352 KB|10 pages)
Product Description
Islam Class Play or Assembly
Cast of 30 - easily adapted up or down
Duration - around 10 minutes reading time, not including music at beginning and end
This class play tells the story of Muhammed and gives a brief outline of Islamic beliefs.
It is delivered by a Narrator plus speakers numbered 1 - 29. This script would be a useful supplement to the Baghdad: Early Islamic Civilisation script - as a description of Islam as a religion - with accompanying message of peace and respect for all learning.
There are also available guided reading/readers theatre scripts on this subject (under Baghdad: Early Islamic Civilisation Guided Reading Scripts – see below for comprehensive list)
Sample Text:
Narrator: Good morning and welcome to our assembly on Islam.
Let’s start with what Islam means.
Child 1: Islam is the Arabic word for submission.
Narrator: I’m guessing, submission to a god?
Child 2: One god – Allah!
Narrator: And the origins of this religion?
Child 3: The religion started AD 610 when Muhammed heard the word of God through the Arch Angel Gabriel.
Narrator: And where was this?
(Child 3 holds up map of the world)
Child 4: (Pointing to Saudi Arabia) Here, in Saudi Arabia, in the city of Mecca.
Narrator: And this Muhammed – tell us a bit about him.
Child 5: He was born AD 570, at Mecca.
Child 6: His family were very poor and he was orphaned at an early age.
Child 7: However, he became rich as a caravan leader
Narrator: (Looking puzzled) Why would you need to lead a caravan? Don’t you just pull them behind your car?
Child 8: No, not that kind of caravan. These were camels, led across the trade routes, carrying goods to be sold at market.
Narrator: Aha! Camel caravans! Now I get you! Back to Muhammed!
Child 9: He married his employer, a rich widow called Khadija
Child 10: But Muhammed preferred meditation and contemplation, peace and quiet, to the company of the rich.
Narrator: (Sighing) Ah! Peace and quiet – that’s what we all need!
Child 11: Well, it certainly helped Muhammed on that mountainside.
Narrator: Wait a minute – mountainside, you say?
Child 12: Mount Hira to be precise.
Child 13: And it was here that an angel appeared to him and revealed Allah’s words.
Narrator: Which were?
Child 14: Oh far too many to remember here!
Narrator: But Muhammed did?
Child 14: (Indignantly) Yes, but he was a prophet! I’m not!
Child 15: And he wrote down everything he was told. There’s a lot to be said for doing that!
Narrator: Quite so. I never seem to have a notebook and pen to hand when I need one!
For complete collection of Ancient civilisations, visit my website www.plays-r-ussell.com
The RE section of the website has a large collection of scripts including:
• Assembly on Islam
• Assembly on Judaism
• Different World Religions Guided Reading Scripts:
o Christianity
o Judaism
o Islam
o Hinduism
o Buddhism
Plus
• Peace Freedom and Harmony Class Play (which includes Different World Religions Guided Reading Scripts)
Plus scripts on Religious Festivals e.g.:
o Divali
o Hannukah
o Christmas, Easter, Harvest Thanksgiving