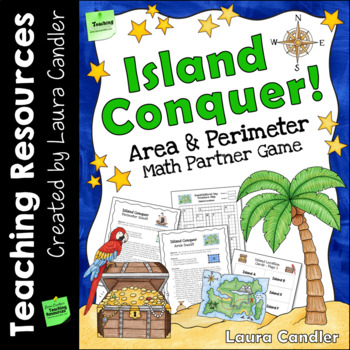 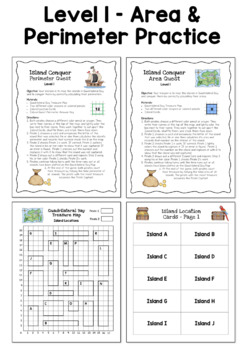 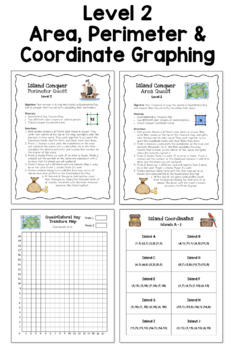 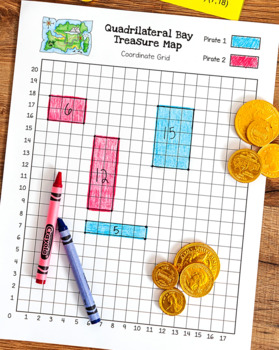 Island Conquer Area and Perimeter Quest is a pirate-themed partner math game that kids love! The object of the game is for the pirates (players) to find all of the islands in Quadrilateral Bay and conquer them by correctly calculating their area or perimeter. At the end of the game, both pirates count their “treasure” by calculating the total area or perimeter of all the islands they have captured. The pirate with the most treasure is the winner and is declared Pirate Captain!

If your students like pirate-themed math games, they'll love Pirate's Luck! This partner math game is a fun way to practice addition and multiplication facts with a friend! The game includes both digital and printable resources, so they can play in the classroom or at home.

Log in
to see state-specific standards (only available in the US).
CCSS3.MD.C.7a
Find the area of a rectangle with whole-number side lengths by tiling it, and show that the area is the same as would be found by multiplying the side lengths.
CCSS3.MD.C.6
Measure areas by counting unit squares (square cm, square m, square in, square ft, and improvised units).
CCSS3.MD.C.5b
A plane figure which can be covered without gaps or overlaps by 𝘯 unit squares is said to have an area of 𝘯 square units.
CCSS3.MD.C.5a
A square with side length 1 unit, called “a unit square,” is said to have “one square unit” of area, and can be used to measure area.