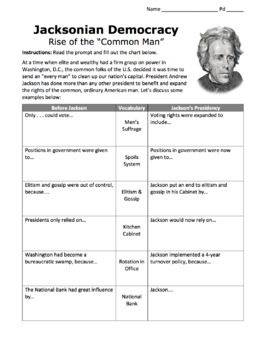 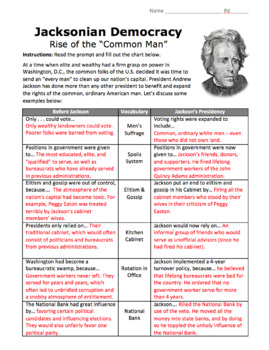 Students will really come to appreciate President Jackson and his efforts to clean up the corrupt, elitist, and snobby Washington, D.C. This activity explores the state of the federal government before and after President Jackson's implementation of "Jacksonian Democracy." It includes terms such as the Common Man's suffrage, spoils system, elitism and gossip in Washington, D.C., the kitchen cabinet, rotation in office, and the killing of the National Bank.