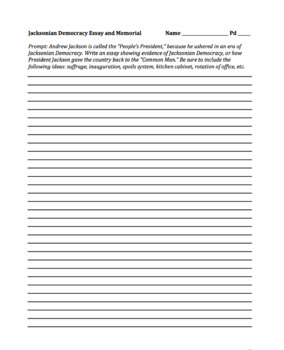 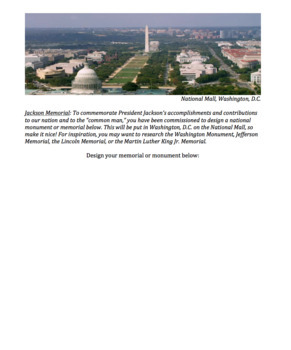 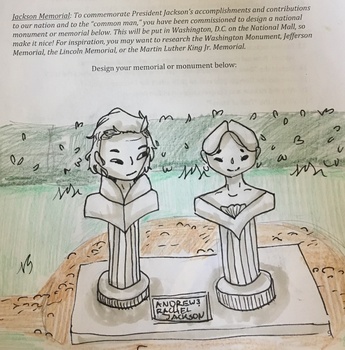 This is a one-page essay and prompt on Jackson Democracy. I have my students write a full page on all of the ways President Jackson increased democratic opportunities for the "Common Man," i.e. Spoils System, Kitchen Cabinet, Rotation in Office, Expanded Suffrage for Non-Property Owners, Etc. Then, students design a monument to honor Jackson and his accomplishment in granting the "Common Man" greater opportunities in their government. Please see some great student examples above!

If you are interested in purchasing the entire "Age of Jackson" bundle, including Powerpoint and notes packet, see Unit 9 below! If so, this assignment is included in that bundle.

Note: This also makes for a great sub assignment or Yearly Review assignment!

Total Pages
2 pages
Answer Key
Does not apply
Teaching Duration
2 hours
Report this Resource to TpT
Reported resources will be reviewed by our team. Report this resource to let us know if this resource violates TpT’s content guidelines.