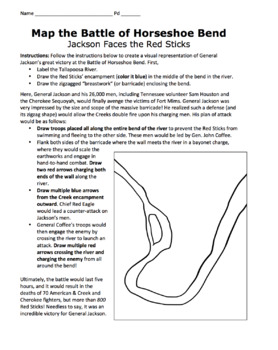 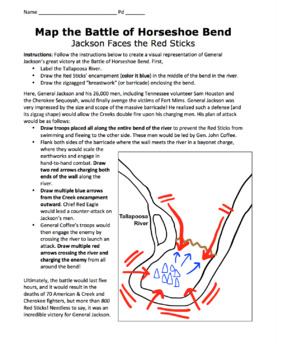 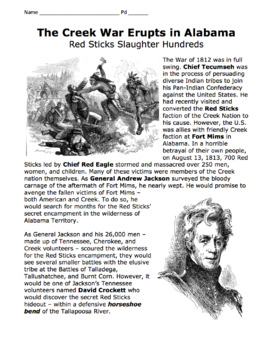 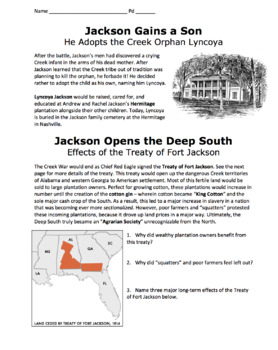 My students love tracing General Jackson's strategies at Horseshoe Bend against the hostile Red Sticks. Your students will greatly benefit from an up-close analysis of this crucial battle. This assignment requires students to be creative and draw the battle using a blank map of the bend. There is also plenty of background information on the entire Creek War, ranging from the Massacre of Fort Mims, other battles, the Tennessee Volunteers i.e. David Crockett, Sam Houston, and even Sequoyah, as well as the Treaty of Fort Jackson and its effects. This activity also teaches about Jackson's adopted son Lyncoya.