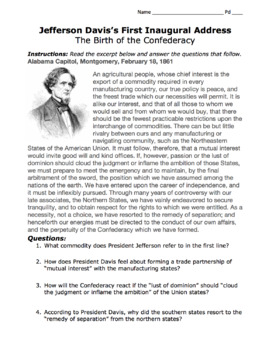 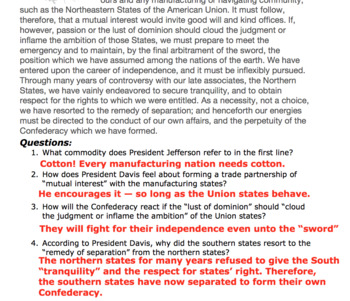 This is a great activity for students to understand cotton as the main commodity of the South and necessity for the North, the Confederacy's desire for tranquility and states' rights, their separation, and their desire to maintain a peaceful trade with the manufacturing states so long as they behave. This is thus a great activity for southern perspective of secession as the cause of the Civil War.