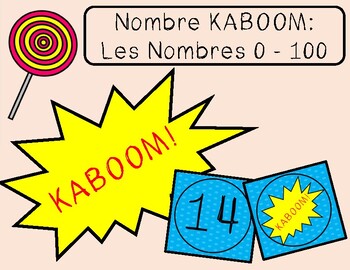 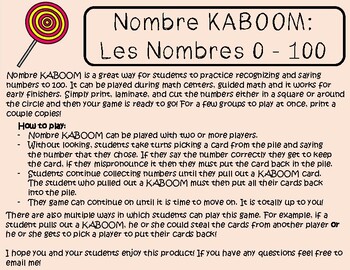 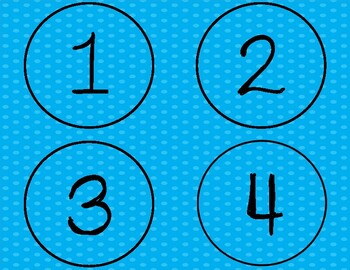 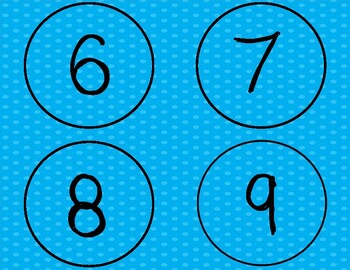 Nombre KABOOM is a great way for students to practice recognizing and saying numbers to 100. It can be played during math centers, guided math and it works for early finishers. Simply print, laminate, and cut the numbers either in a square or around the circle and then your game is ready to go! For a few groups to play at once, print a couple copies!

-Nombre KABOOM can be played with two or more players.

-Without looking, students take turns picking a card from the pile and saying the number that they chose. If they say the number correctly they get to keep the card, if they mispronounce it then they must put the card back in the pile.

-Students continue collecting numbers until they pull out a KABOOM card. The student who pulled out a KABOOM must then put all their cards back into the pile.

-They game can continue on until it is time to move on. It is totally up to you!

There are also multiple ways in which students can play this game. For example, if a student pulls out a KABOOM, he or she could steal the cards from another player or he or she gets to pick a player to put their cards back!

I hope you and your students enjoy this product! If you have any questions feel free to email me!