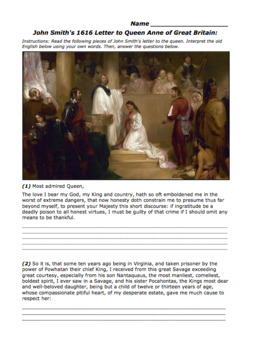 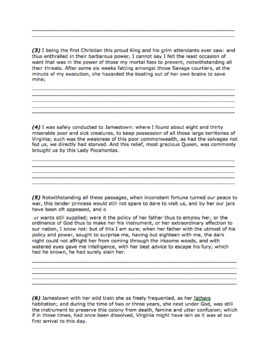 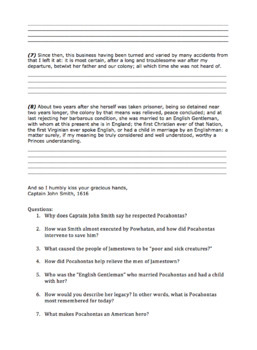 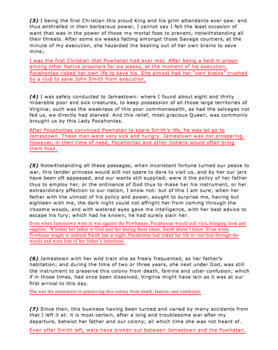 This is a primary source activity based upon John Smith's letter to the Queen in which he describes life in Jamestown, including his interactions with Powhatan and Pocahontas. Students will analyze the words of John Smith in old english and rewrite/interpret his words in an easier-to-understand way. This is not included in the Unit 1: American Colonies Bundle.