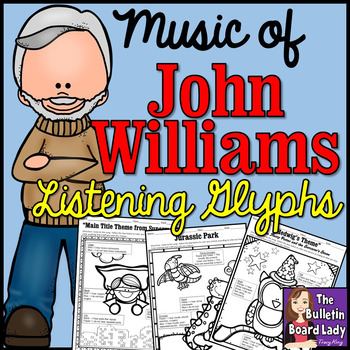 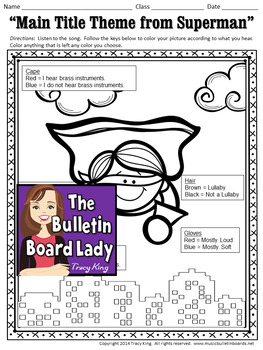 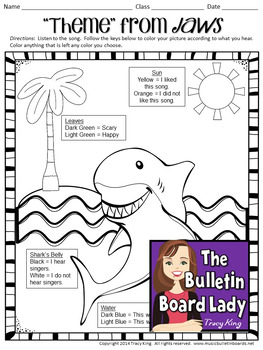 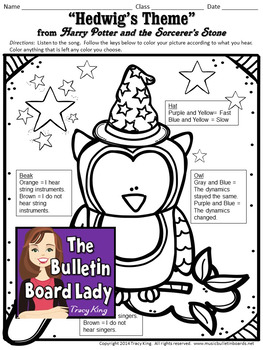 A glyph is a pictorial representation of data. These clever worksheets ask students to color each object or portion of the picture based on what they hear. These glyphs were designed for use with the music of John Williams and ask students to listen for 4-5 things in a piece. Music is NOT included. Some of the concepts covered: loud/soft, fast/slow, lullaby, march, smooth/separated, mood and more!

Listening glyphs are included for:
“Main Title Theme from Superman”
“Flying” (Theme from E.T.)
“Main Title” from Star Wars
“Jurassic Park Theme”
“Theme” from Jaws
“The Raiders March” from Raiders of the Lost Ark
“Hymn to the Fallen” from Saving Private Ryan
“Hedwig’s Theme” from Harry Potter and the Sorcerer’s Stone
“Duel of the Fates” from Star Wars Episode 1: The Phantom Menace

This product has been UPDATED to include another set of the same listening glyphs that contains vocabulary that might be more suitable for the upper grades. For example, instead of "singer" the word "vocalist" is used.

This product comes as a PDF.

Composer of the Month John Williams

The Bulletin Board Lady-Tracy King