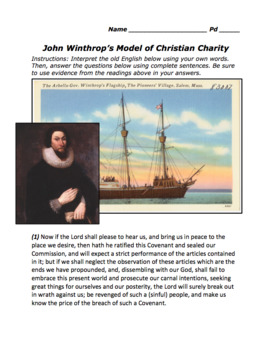 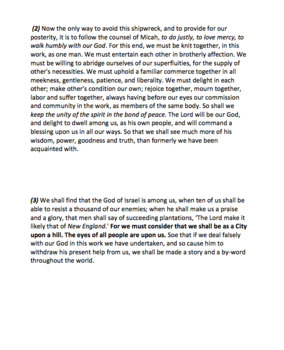 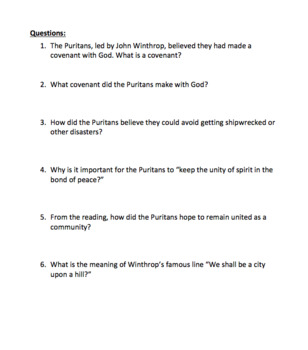 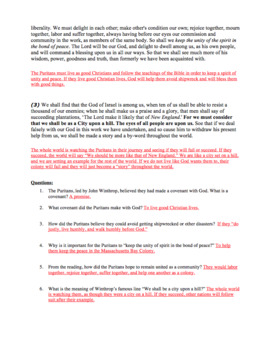 This is a primary source activity based upon Governor John Winthrop's most famous sermon, " A Model of Christian Charity" (City Upon a Hill). Students will analyze the words of John Winthrop in old english and rewrite/interpret his words in an easier-to-understand way. There are three excerpts and three spaces to write, as well as a few questions at the end. This is not included in the Unit 1: American Colonies Bundle.