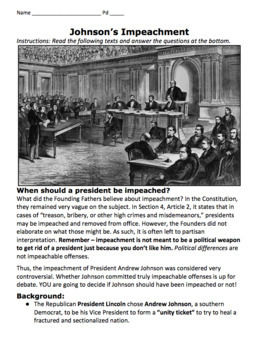 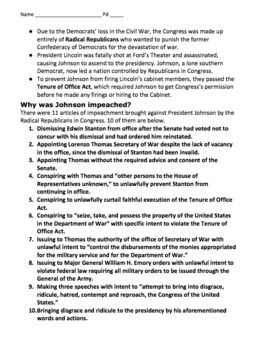 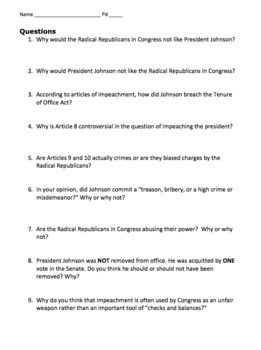 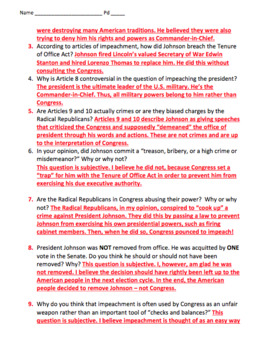 This activity explores the 1868 impeachment of President Andrew Johnson. It looks into what the Constitution says merits impeachment, i.e. treason, bribery, and "high crimes and misdemeanors." The activity then lays out the context of Johnson's impeachment, i.e. Lincoln's assassination, the Radical Republicans in Congress, and the Tenure of Office Act. Finally, the articles of impeachment are included to engage the student in whether or not impeachment was merited. Students will answer questions which will require them to think critically and form conclusions for themselves on why "impeachment" is used and misused by Congress.

If you want to see more about Johnson's impeachment, CLICK HERE!

If you want to see more about what the Constitution says about impeachment, CLICK HERE!