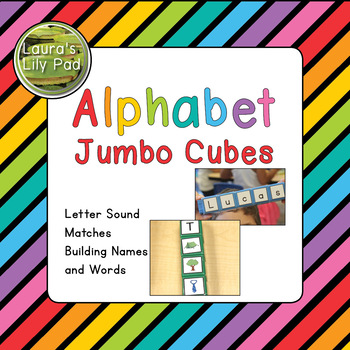 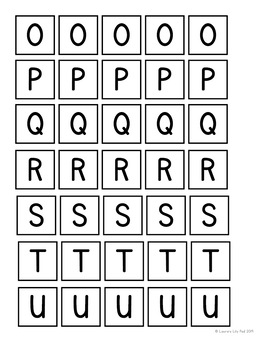 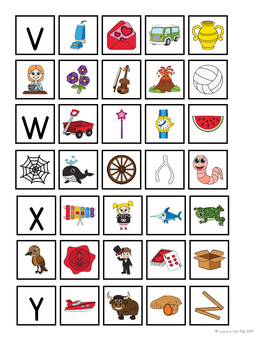 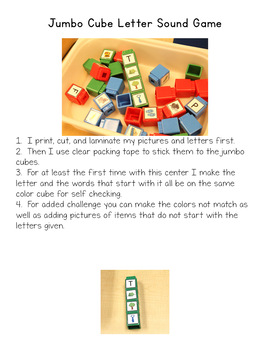 These printable letters and pictures are made to be used with jumbo cubes. Print them and stick them to the cubes to build names and words. You can also work on matching letters to pictures of items that start with that letter.

The printable alphabet letters have five of each letter, including both capital and lowercase letters.

I laminate and cut these out and then affix them to the jumbo cubes with clear packing tape so that I can save and reuse the pictures and letters in the future.

This product is also included in my Alphabet Bundle.