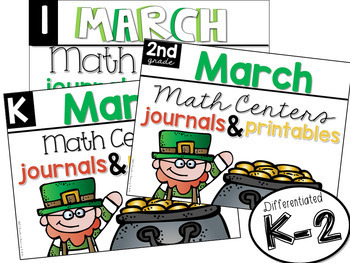 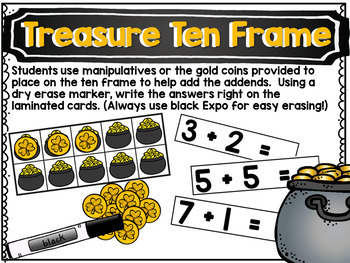 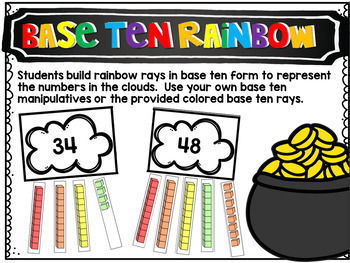 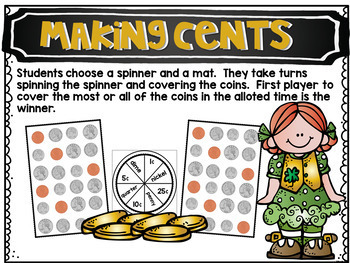 In any classroom the ability levels span numerous grade levels. It can be hard to be sure that everyone's needs are being met! With this three in one set, you are getting math centers for students ranging in ability across three grade levels.

The activities all carry the same clipart and similar formatting so your students will all feel equal in abilities.

This packet was designed to spiral review K, 1st, and 2nd grade math standards through fun engaging activities to fill your math block and rotations.


1st Concepts:
Dominoes Detective-Number bonds with dominoes
Clover Cover Up –Time to the hour and/or half hour
Pot of Gold Number Patterns–Number Patterns 2s and 5s
Base Ten Rainbow– Building Numbers to 120 with base ten
Shapes Count and Graph– 2D and 3D Shapes and graphs
Triple the Treasure–Adding three numbers with twenty frames
Flipping out for Frogs–Add or subtract to cover all of the frogs first
March Match Off–Flip a card and greatest card keeps both (like War)
Lucky’s Treasure Hunt– Counting pennies, nickels, and dimes
Making Cents– Recognizing coins and coin value