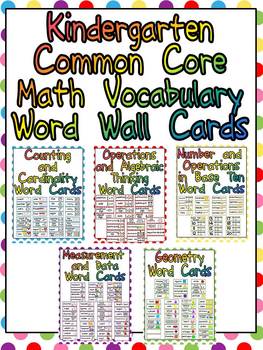 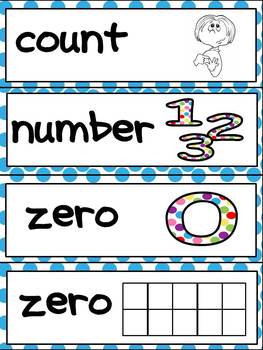 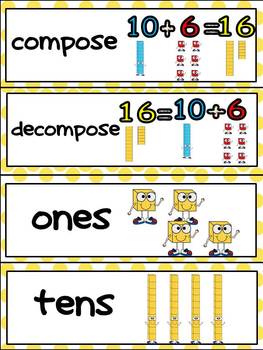 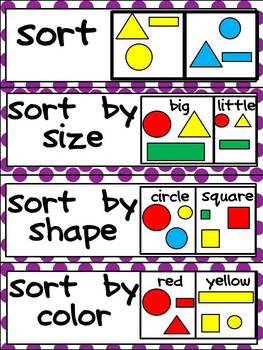 This packet has word cards for important vocabulary words in the Math Common Core State Standards for Kindergarten. This will allow you to create a Math Word Wall to help expose students to this important academic vocabulary. The cards are illustrated to help students understand the meaning of each word and are color-coded by domain.

In the Number and Operations in Base Ten domain: count, number, compose, decompose, ones, tens, hundreds, ten, eleven, twelve, thirteen, fourteen, fifteen, sixteen, seventeen, eighteen, nineteen, twenty, and base ten blocks. There are two cards for each number: one shows the base ten blocks configuration and one shows the decomposition equation, such as 16 = 10 + 6 (1 ten and 6 ones).

The following shapes are NOT specifically mentioned in the CCSS, but many people introduce them in kindergarten, so they are here in case you choose to use them: oval, heart, star, diamond, rhombus, pentagon, octagon, pyramid, prism, rectangular prism, and rectangular solid.

I have matching "I Can" Statement Posters for Math Common Core Standards here. Thanks for looking and happy teaching!
Melissa Williams