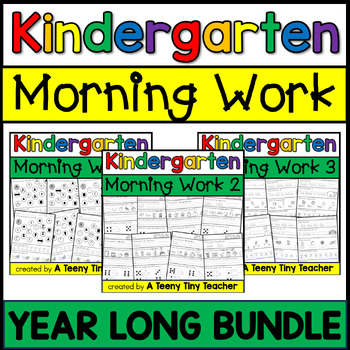 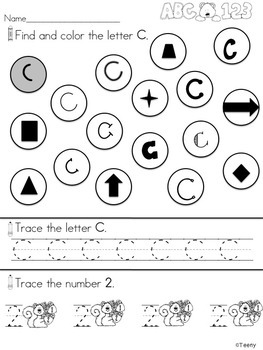 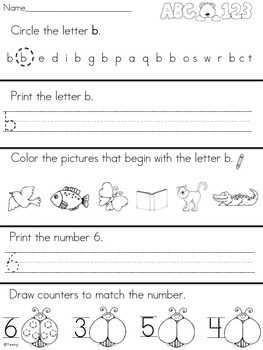 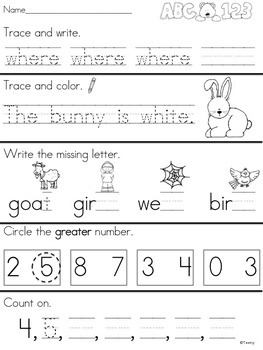 This is NOT digital. But it is perfect for teachers and students who need a paper/pencil packet.

All packs, and the bundle, come in both Manuscript and D'Nealian versions.

Each pack covers more skills and increases in difficulty.

Trace all capital and lowercase letters

Write all capital and lowercase letters

Find and circle all lowercase and capital letters

Color pictures that begin with a certain letter (A to Z)

Fill in the beginning sound for a corresponding picture

Write beginning sounds, middle sounds, and ending sounds for a corresponding picture, as well as one final week of writing CVC words.

Trace a color sentence and color a picture correctly. (ex: The apple is red.)

Trace a color sentence and complete the sentence frame. (ex: The apple is ____.)

Counting spots on a ladybug and recording the number

Greater than/less than with visuals and numerals (up to 10)