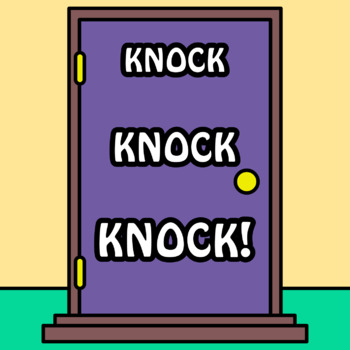 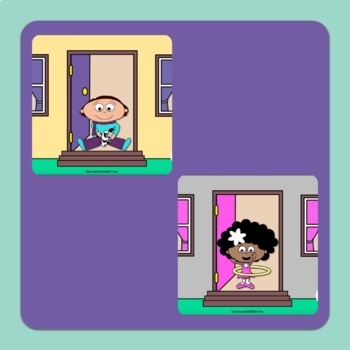 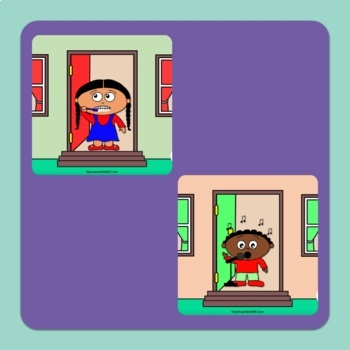 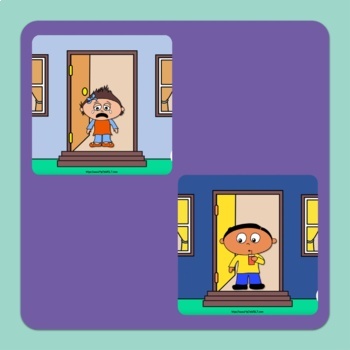 Knock Knock Knock! is a little PowerPoint resource that allows you to knock on doors and see who will open for you.

Behind each of the six doors, you'll find one of the 6 children (Sam, Lilly, Nay, Chidi, Ela and Jadu) doing a certain action.

Tapping on the child will trigger a sound related to the action being done.

This resource will allow you to work on:
- Knock Knock! Who is it?

- Asking Who and What questions (Who is it? Who is behind the door? What is the child doing?...)

- Colors (Each door is of a different color)

- Targeting sentence building with each action one of the child is doing. (Sam is playing with the dog, Sam is laughing, the dog is barking...)

You can also use it as a reinforcer for any activity, each time a task it done, you get to open a door.