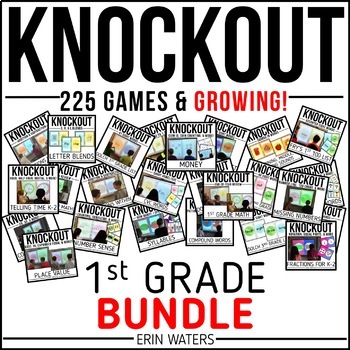 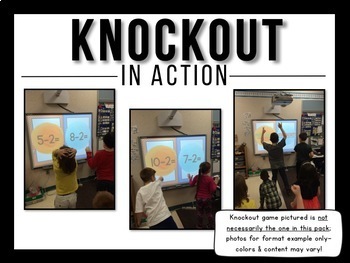 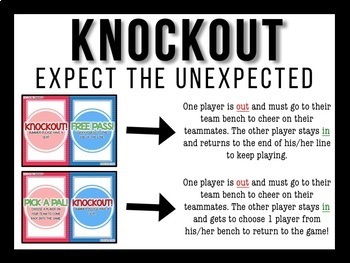 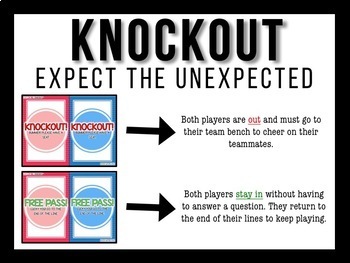 Products in this Bundle (56)

This quick-paced, nail-biter of a 1st grade math and language arts game will leave your kids BEGGING for more! Team up to knock out the other team's player. The last team standing wins! This is by far the most engaging thing I've done for my classroom. My kids get SO excited when we play, and they work super hard all week practicing their math and reading skills just so they can improve their Knockout™ game!

Not only is this GREAT for learning about and reinforcing 1st grade math and reading skills, but it builds character as it emphasizes teamwork and good sportsmanship.

This pack includes the following Knockout™ games and is perfect for practicing 1st grade math and reading skills in a super fun way! This pack features over 300 math and reading activities perfect for your 1st grade students, and there are many more coming! By purchasing this bundle, you save over 25% than if you buy the products separately. The best part?! Once you purchase this pack, you will receive any future additions and updates for FREE!

***INCLUDED in 1st Grade Bundle (Please click on the links to see an individual preview for each product to see exactly what is included!)***: