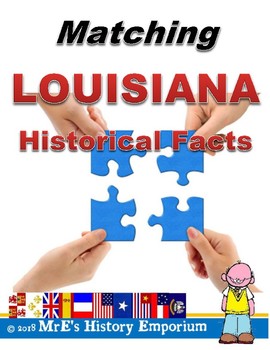 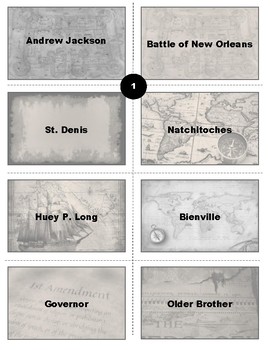 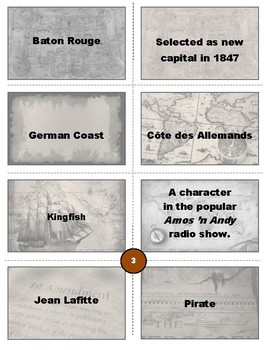 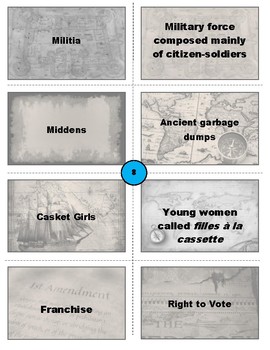 This may not be the most unusual game but when I produced them right, my students fell in love with playing this game. Sure it brought back memories from their childhood but it is just what I had hoped for.

But to start with you need to do something first. I learned the hard way but when I did it right, it has lasted for years. One: print these cards on cardstock; the laminate them; then cut them out by card set numbers. There are 18 sets of games [plus a backside page if you choose to use one] (16 cards each) here and when you put each set in a ZipLock bag these games will last you for years. Mine have.
I know that this print/laminate/bag is a rather expensive process but I will promise you, you will thank me later.

Each set has various historical matches so that student can/will learn these facts as they go along throughout the school year. It only took one time playing before my students went nuts over this very simple game. After each game ( each has only 16 cards) I re-paired my students them moved them from game to game just to get them up and moving and they never went back to the same game set or played the same students.

I generally play two students against each other and mix the up each time the game is over. They way each student has to deal/make friends all class long.

Once you have printed, laminated, cut, shorted, bagged all the game cards, now spread one set out face down, mix them up and place them in a 8x8 square face down) and have one student in teams of two begin selecting a card, turning it face up for both to see, then that same student turns over a second card face up for both to see to see if they match. If so the student takes the card and places them in front of his/her self then next student takes his turn doing the same. If it does not match that student turns the cards back over face down and next student takes his/her turn until all cards have been selected. Once the game is over have students remix the cards again face down and move on to a different game site as directed by teacher.

Total Pages
25 pages
Answer Key
Does not apply
Teaching Duration
N/A
Report this Resource to TpT
Reported resources will be reviewed by our team. Report this resource to let us know if this resource violates TpT’s content guidelines.