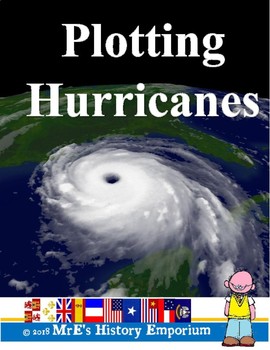 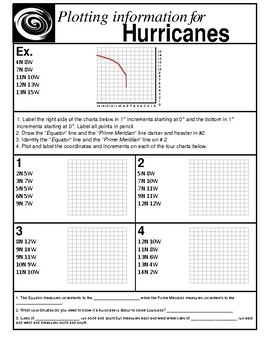 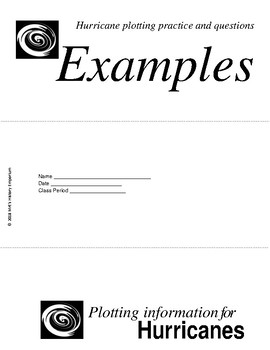 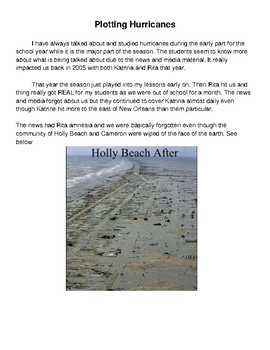 I have always talked about and studied hurricanes during the early part for the school year while it is the major part of the season. The students seem to know more about what is being talked about due to the news and media material. It really impacted us back in 2005 with both Katrina and Rita that year.

That year the season just played into my lessons early on. Then Rita hit us and thing really got REAL for my students as we were out of school for a month. The news and media forgot about us but they continued to cover Katrina almost daily even though Katrine hit more to the east of New Orleans than them particular.

The news had Rita amnesia and we were basically forgotten even though the community of Holly Beach and Cameron were wiped of the face of the earth.

Let students plot four hurricanes and answer several basic questions then fold page before they turn it in.
Total Pages
5 pages
Answer Key
Does not apply
Teaching Duration
N/A
Report this Resource to TpT
Reported resources will be reviewed by our team. Report this resource to let us know if this resource violates TpT’s content guidelines.