Land & Northwest Ordinances of 1785-87 / "Make Your Own Township" Simulation 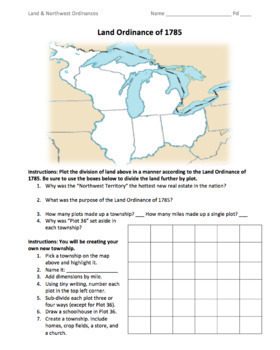 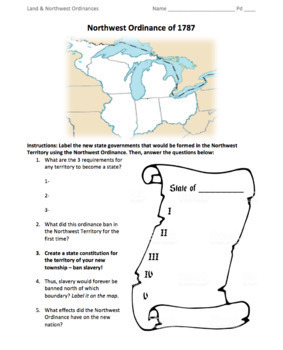 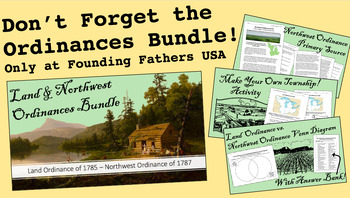 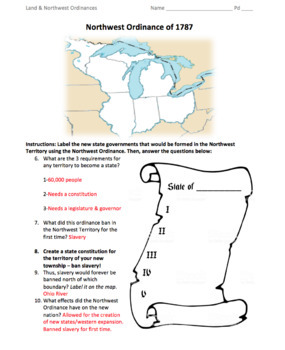 This is a fantastic PDF handout to use for teaching the Land Ordinance of 1785 and the Northwest Ordinance of 1787. Students will answer fundamental questions on each act. They will then divide up the Northwest Territory into townships. They will name a township of their own, add dimensions, divide up the land into individual plots, and add homes, crop fields, chuches, businesses, and a public school. On the back, students will answer more fundamental questions before creating their own "state constitution" in accordance with the Northwest Ordinance.