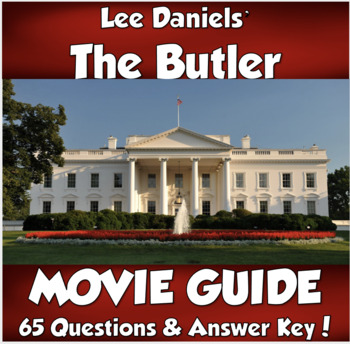 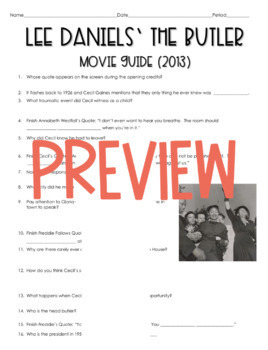 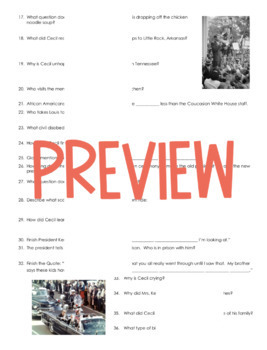 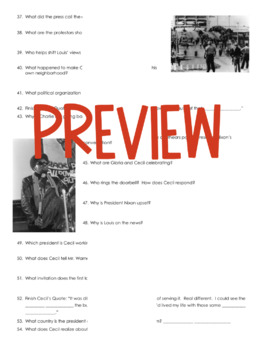 Lee Daniels’ The Butler follows Cecil Gaines, a White House butler, during seven United States presidents. Mr. Gaines had a front row view to key moments in America’s history. The character of Cecil Gaines is loosely based off of Eugene Allen. Mr. Allen worked in the White House for 34 years and was the head butler when he retired. Forest Whitaker, Oprah Winfrey, David Oyelowo, Cuba Gooding Jr., Terrance Howard, and more star in this amazing film. This film would be beneficial for Black History Month, U.S. History, Civil Rights Unit, or a Government course. This could also be used for a last minute lesson or sub plans.

My video guide contains 65 questions and an answer key has been provided for your convenience. The film's runtime is 132 minutes and it is rated PG-13 for some violence and disturbing images, language, sexual material, thematic elements and smoking.

By purchasing this item, you agree to use it for your classroom use only and will not share, post online, or claim as your own. Additional licenses are available for a reduced price.

Ghosts of Mississippi- Medgar Evers murderer takes the stand over 30 years after the initial crime. This true story follow Mrs. Evers and a Mississippi's D.A. fight for justice.

The Help- Set during 1963, a young white author is inspired to write about African American women and their work as the caretakers and housekeepers for white families in Jackson, Mississippi.

Kevin Hart's Guide to Black History Month- The documentary tells the stories of individuals that many may not be aware of when it comes to African American advancements and innovations and also shares the stories of some well-known figures.

Just Mercy- Based on the true story of Bryan Stevenson, a civil rights defense attorney, and his early work with the Equal Justice Initiative.

The Banker- It's based on the true story of two African American entrepreneurs, Bernard Garrett and Joe Morris, in the 1960s who wanted to expand the housing market to include more African Americans.