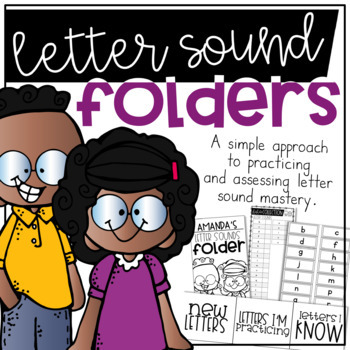 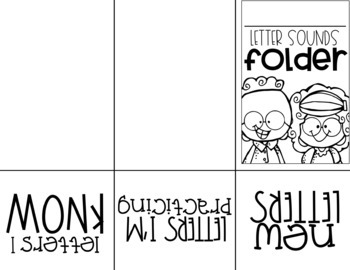 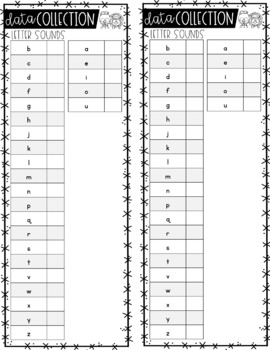 Wanting to differentiate your groups or centers when practicing letter sounds? I did too, so I created an easy system for allowing all of my students to work on letter sounds at their own pace.

This easy to print and assemble product is perfect for allowing your students to all have their own set of letters to practice and assess letter sound mastery. I print these folders on cardstock to ensure durability. In the folder, there will be three pockets titled New Letters, Letters I'm Practicing, and Letters I Know. Below are descriptions of how I utilize each pocket.

Prep letter cards ahead of time and keep them in this pocket. I usually try to keep 10-20 letters to ensure that students have plenty to work on for the week. You can replace them as slowly or as quickly as students move through their letter sounds.

Choose 3-8 letters at a time to keep in the Letters I'm Practicing pocket. I like to keep this number low, and it can vary by the student. Some students can only focus on learning a few new letters at a time. Others might do ok to learn 5-8 new letters. Start low and work your way up. You don't want students to get too discouraged.

It's good to let some of those mastered letters hang around for a while. It allows students to build confidence, especially if they are struggling with the letters in their practicing pocket. When you feel that a student has been able to recall the letter sound or sounds for several days, they can throw it away or take it home. In my classroom, it's a big deal to recycle them! :)

I also have an editable feature that will allow you to insert student names and they will automatically appear on the student folders!