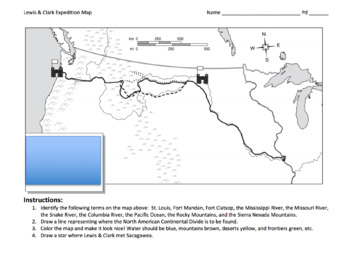 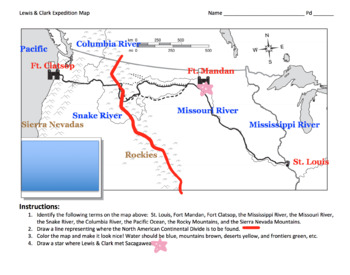 This is a clean and basic map perfect for asking students to map the Lewis and Clark expedition, including important terms such as St. Louis, Fort Mandan, the Missouri River, Continental Divide, the Snake River, Fort Clatsop, and others. Students will also be required to locate where Lewis and Clark met Sacagawea.