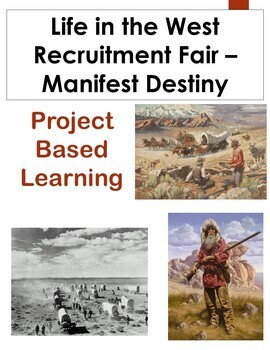 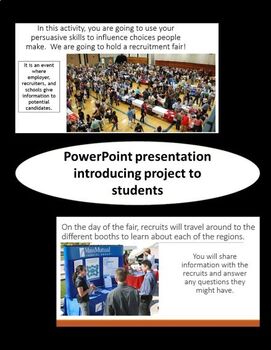 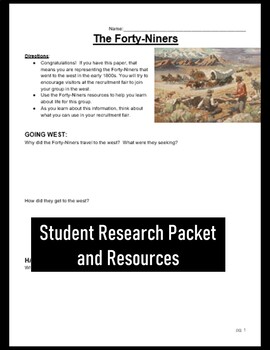 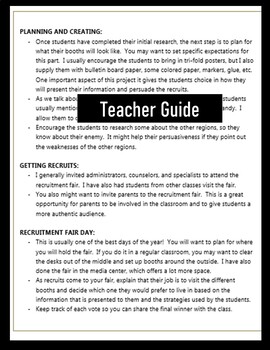 Have you ever attended a recruitment fair - such as a college or career fair? The recruiters use so many different skills to encourage you to join their team. In this PBL activity, students develop those same skills to recruit visitors at the fair to join their group in the West.

Students are divided into groups representing eight of the groups that traveled to the West in the 1800s. They use various resources, such as websites, videos, and textbooks, to research their assigned group. They then plan for and create a booth that will be featured in the fair.

Materials are provided for eight different groups that you can choose from:

On fair day, you can invite administrators, specialists, teachers, students, and possibly even parents to visit the different booths. Students will use what they have learned about their group and their persuasive skills to convince the travelers to join their group.