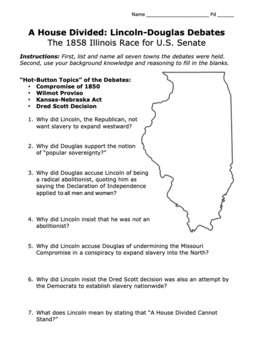 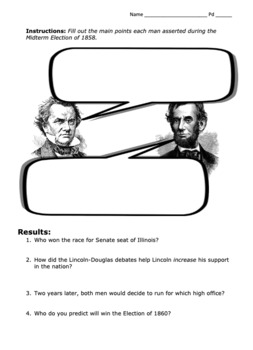 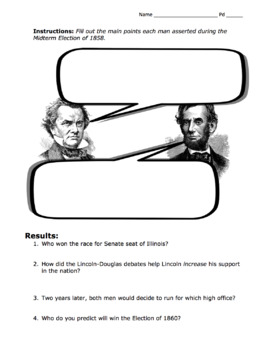 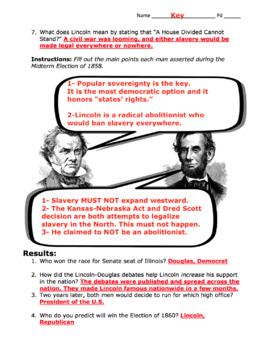 This is a great activity for teaching students the important details of the seven Illinois Lincoln-Douglas debates of 1858. Students are asked key questions that teach each man's political positions and key points. A blank map of Illinois is provided for students to find each debate location. Finally, fill-in-the-blank cloud bubbles on the back require students to explain each candidates' main points.