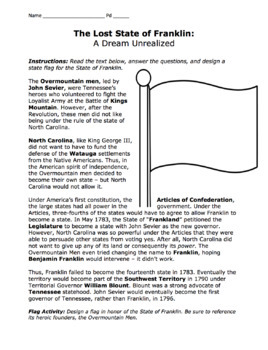 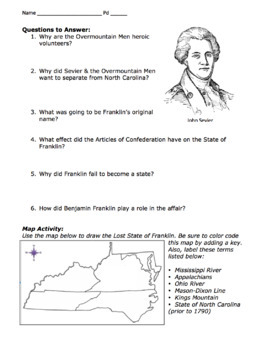 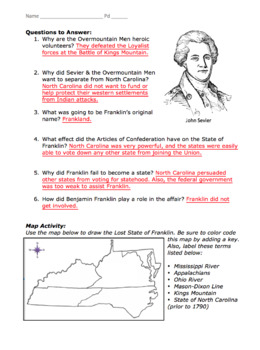 Students will enjoy learning the history of the State of Franklin and its failure to become a state under the Articles of Confederation. They will create their own Franklin flag honoring its story. Tennessee terms included are John Sevier, the Overmountain Men, the Watauga Association, the Southwest Territory, William Blount, and others. Students are also asked to create a map of Franklin, North Carolina, and other important geographic terms relevant to the story of the State of Franklin.

Total Pages
2 pages
Answer Key
Included
Teaching Duration
1 hour
Report this Resource to TpT
Reported resources will be reviewed by our team. Report this resource to let us know if this resource violates TpT’s content guidelines.