MATH to the MAX! {Number Concepts Within 20} 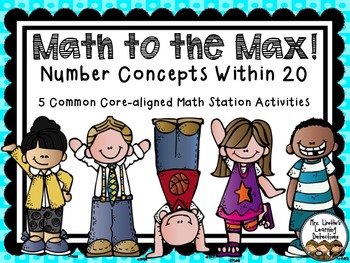 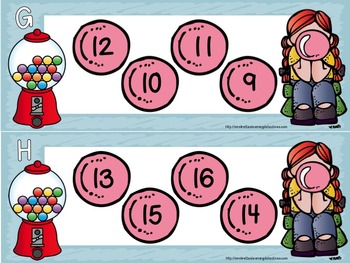 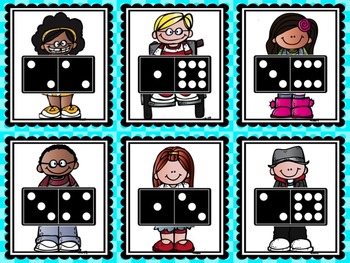 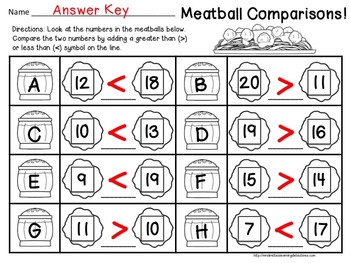 *All 5 stations include I Can direction cards, answer keys and 1-3 reproducibles for differentiated practice/assessment.

*These stations are not season-specific. Therefore, they can be used at whatever time of the school year works best for your learners.

I hope you enjoy!
Mary
mary.lirette@yahoo.com
Log in to see state-specific standards (only available in the US).
CCSSK.CC.C.7
Compare two numbers between 1 and 10 presented as written numerals.
CCSSK.CC.C.6
Identify whether the number of objects in one group is greater than, less than, or equal to the number of objects in another group, e.g., by using matching and counting strategies.
CCSSK.CC.B.5
Count to answer “how many?” questions about as many as 20 things arranged in a line, a rectangular array, or a circle, or as many as 10 things in a scattered configuration; given a number from 1-20, count out that many objects.
CCSSK.CC.B.4c
Understand that each successive number name refers to a quantity that is one larger.
CCSSK.CC.B.4
Understand the relationship between numbers and quantities; connect counting to cardinality.
Total Pages
42 pages
Answer Key
Included
Teaching Duration
N/A
Report this Resource to TpT
Reported resources will be reviewed by our team. Report this resource to let us know if this resource violates TpT’s content guidelines.