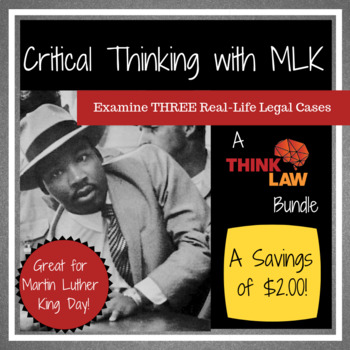 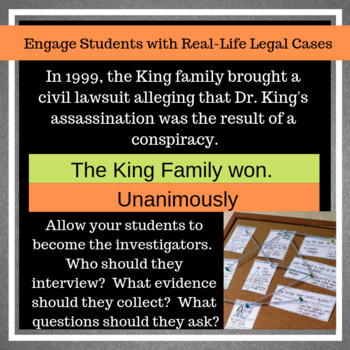 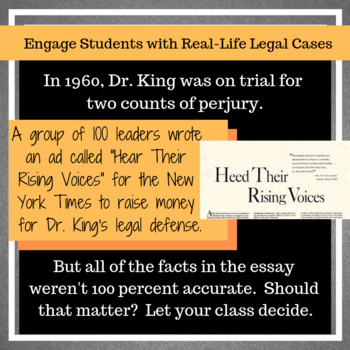 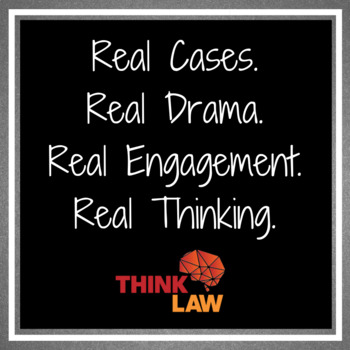 Take your class deeper this year when you remember the life and work of Dr. Martin Luther King Jr with a thinkLaw Bundle

This bundle has enough work and critical thinking exercises for your class to analyze for over a week!

They won. By unanimous decision.

Put your students in the role of investigator as they examine the real-life legal case. Students create an investigation board and plan that contains

As the lesson progresses more and more information is revealed. Students conclude their investigation writing a report of what they believe occurred.

In 1960, Dr. King was charged with two counts of perjury and faced up to 10 years in jail. A group of 100 activists, spiritual leaders, politicians, and celebrities published an ad in the New York Times that featured the essay "Heed Their Rising Voices" to raise money to support Dr. King's legal defense.

The essay was moving... but not entirely accurate. There were a few incorrect facts. For example, the essay says that Dr. King was arrested seven times when he was actually arrested four times.

L.B. Sullivan, a public official from Montgomery, Alabama sued the New York Times for libel. Even though he was never specifically mentioned, Sullivan felt the essay damaged his reputation damaged and the reputation of the police force he oversaw.

Should he win? Let your students decide.

All resources are available as both Word and Google Documents!

Buy both together and save $2.00 or purchase the lessons separately!