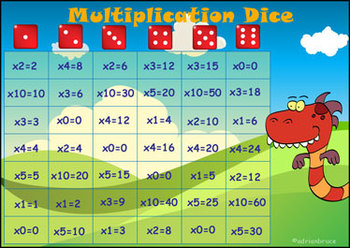 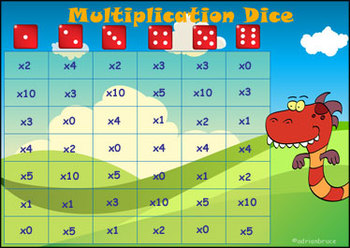 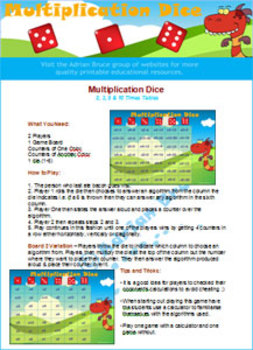 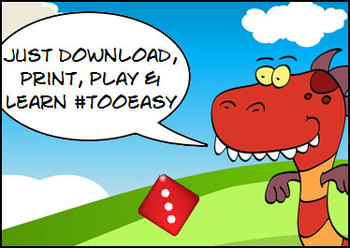 1. The person who last ate bacon goes first.
2. Player 1 rolls the die then chooses to answer an algorithm from the column the die indicates i.e. If a 6 is thrown then they can answer any algorithm in the sixth column.
3. Player One then states the answer aloud and places a counter over the algorithm.
4. Player 2 then repeats steps 2 and 3.
5. Play continues in this fashion until one of the players wins by getting 4 counters in a row either horizontally, vertically or diagonally.

- It is a good idea for players to checked their opponent’s calculations to avoid cheating ;)
- When starting out playing this game have the students use a calculator to familiarise themselves with the algorithms used.
- Play one game with a calculator and one game without.

- Explore strategies for using the calculator as a means of guess and check. Eg input the algorithm then pause for a moment and guess or work out the answer. What might be the next step?
- If a ‘need to work on’ list has been made from previously playing this game, have the students list some achievable goals e.g. today I will master 6x10, 10x6, 5x4 and 4x5.

- Help the students use the calculator as a tool for learning as opposed to a crutch to lean on.
- Have students record a list algorithms they have identified through playing the game they ‘need to work on’.

- Reflect on how tempting it is to just let the calculator do the work.
- Discuss personal feelings around using the calculator as a learning tool.
- Have students reflect on weather or not their goals were achieved / were realistic / not challenging enough.
- When students write their next goals they need to consider their answers to the above questions.
- What strategies have you discovered that help you do well in this game?

CHECK OUT MY MEGA BUNDLE! - The package includes ALL the Math and Literacy games currently in my store PLUS every resource I create for the next YEAR for FREE!!! It's like a great classroom resource that just keeps on giving. :-)
CLICK HERE to see the Mother Load :-)
Total Pages
4 pages
Answer Key
N/A
Teaching Duration
N/A
Report this resource to TpT
Reported resources will be reviewed by our team. Report this resource to let us know if this resource violates TpT’s content guidelines.