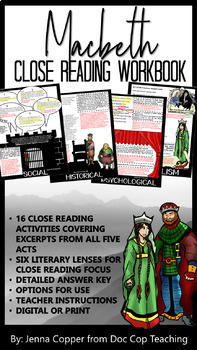 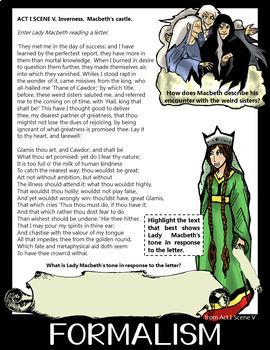 Teach Shakespeare's Macbeth with ease! This Macbeth Workbook provides students with an opportunity to close read important passages and excerpts with literary focus, making the text accessible. In all, the unit includes 16 print or digital close reading activities for significant passages from the play. These close reading activities will provide students with insight and focus on important aspects of the play as a whole. You can use this workbook to supplement reading the full text, or you can use it as a stand alone version of the text and fill in the blanks by viewing the film.

Here's what is included:

1) Formalism (Mood): Act I Scene 1—The opening scene with the witches

A complete answer key is included to make teaching and assessing easy!

*Check out the preview!*