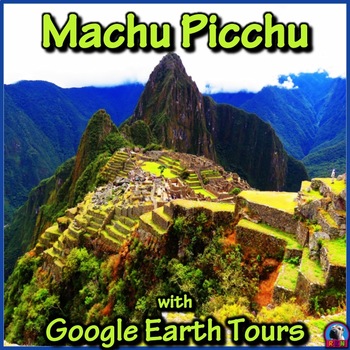 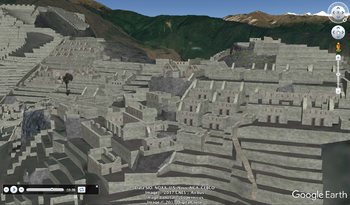 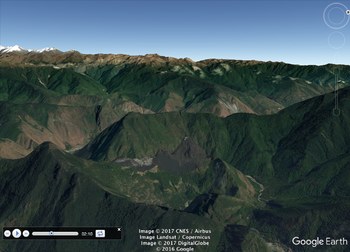 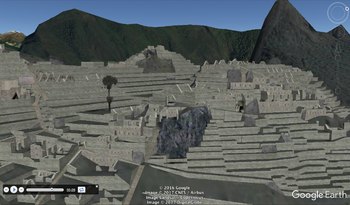 Make a virtual field trip to one of the world’s most famous landmarks; Machu Picchu. You will be using Google Earth to watch a pre-recorded tour of the lost Incan city located in the Andes Mountains. You will learn about its famous structures like the Temple of the Sun, Royal Palace, Sacred Stone and Intihuatana. The trip lasts for 5 minutes and 7 seconds.

The product includes a document of about 25 talking points and interesting facts about the ancient Incan site and it’s occupants.

A. The House of the Guardians is the little house in the middle of the screen. It’s technically outside of the city’s walls.

B. Despite its name implying that the city’s guards lived there, it’s not really known what its purpose was.

C. To the right of tiny house is a rock called the Funerary Rock and behind that is an area known as the Cemetery.

D. Their names are derived from the fact that human skeletons were unearthed here, but its unlikely they were actually used for funerals or as a place to bury the dead. ”

The tour begins with a view of South America from outer space. You are then zoomed in to the site’s location to see it from a variety of different viewpoints. The angles are chosen so the students can get a good idea of the city’s location, as well as, the locations of the city’s structures. Finally, you are taken back out to a long shot of South America.

The cover photo is by jdbenthien and is under a Public Domain license. The photo can be found on Pixabay @ https://pixabay.com/en/machu-picchu-mountain-peru-1631989/

US Department of State Geographer

3D Google Earth model of the ancient Inca city of Machu Picchu has been created using data from a laser scan of the site conducted by the University of Arkansas.