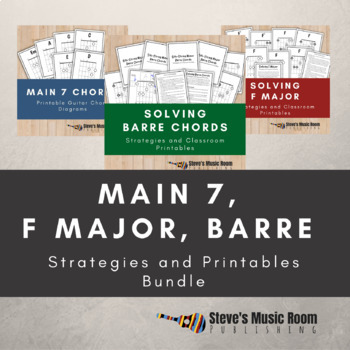 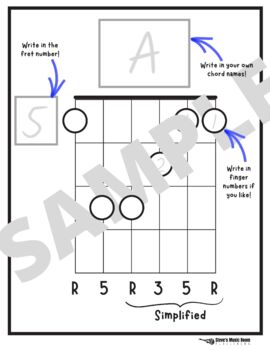 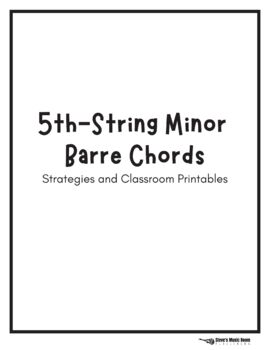 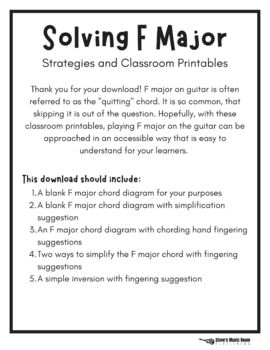 Printable chord charts for the main 7 chords, F major, and barre chords with simplification suggestions. Easily color-code or write in finger and fret numbers with these slick chord diagrams. Even learn a bit about triads and how to spell the chords!

F major and barre chords on guitar is often referred to as the "quitting" chord. They are so common, that skipping them is out of the question. Hopefully, with these classroom printables and teacher strategies, playing F major and other barre chords on the guitar can be approached in an accessible way that is easy to understand for your learners. And with barre chords, learners can play any chord in any key! These help to demystify barre chords with easy-to-customize chord charts and playing suggestions. And with the main 7 chords, your students will be rocking in no time playing along to their favorite song or making their own chord progressions. Check out some of my other printables and resources on my TpT store or on www.stevesmusicroom.com.