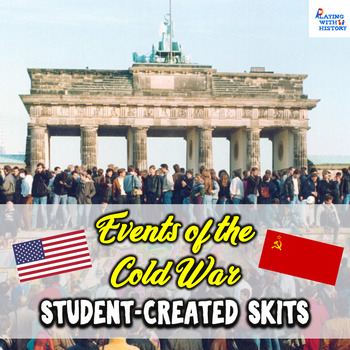 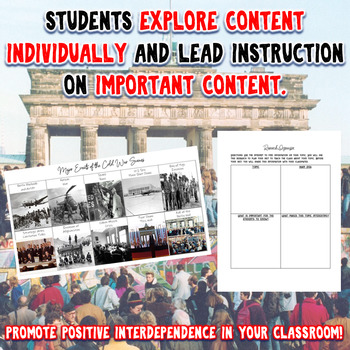 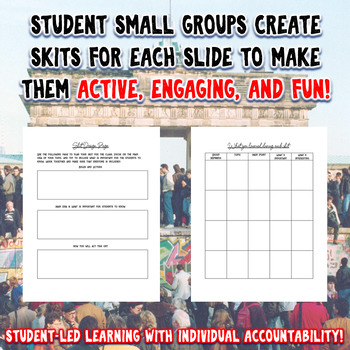 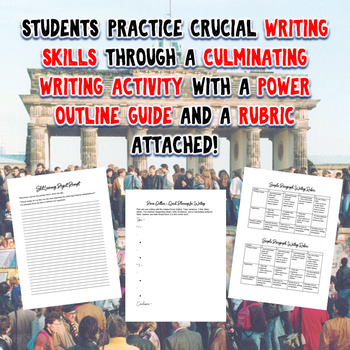 This is a full lesson plan on the Major Events of the Cold War. There are 10 topics that students investigate! This lesson is fun, student-led, and hands-on for the students! Students explore content before teaching the other students. Students create skits in small groups that they perform for the class. Some student creations are AMAZING! My students LOVE creating and performing skits, and it is a great way to become comfortable in front of class while learning engaging content. Also, this product works on student writing skills with a concluding writing prompt and a rubric is included! The process of organizing their writing with a simple Power Outline format has led to highly increased writing and social studies test scores in my school!

Included in this bundle is:

Find more US History Skits from my store below: (click for more information):

2. Causes of the Revolutionary War Skits

3. Battles of the Revolutionary War Skits

6. Causes of the Civil War Skits

7. Battles of the Civil War Skits

11. Causes of World War One Skits

***Get the Full US History Student-Created Skits Mega Bundle Here! Save 40%!***

Topics included in this product are:

This product is a part of the Cold War Unit. Products from this unit include:

Students LOVE this as it gets them actively learning about the Major Events of the Cold War and get to be CREATIVE! I hope that you and your students love this product!

Total Pages
10 pages
Answer Key
Rubric only
Teaching Duration
2 hours
Report this Resource to TpT
Reported resources will be reviewed by our team. Report this resource to let us know if this resource violates TpT’s content guidelines.