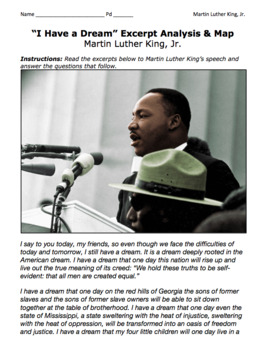 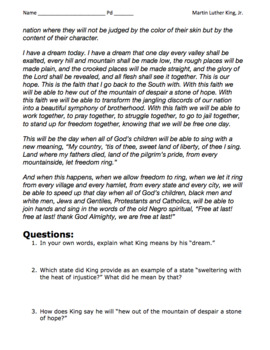 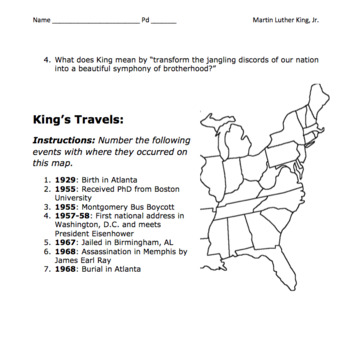 This is a great assignment for teachers interested in teaching about the remarkable life of Martin Luther King, Jr., as well as his "I Have a Dream" Speech and travels around the nation. This is a great activity for Black History month or just for regular curriculum in the Civil Rights Era unit.